Processes of falling affect solid rock and are further classified depending on the dimensions of the material concerned. Blocks of rock fall on more or less steep rock faces "[...] when the shear stress caused by gravity exceeds the limit shear stress [...]" (translated after Ahnert, 2009). Very often the area of initiation is already determined by cracks or fissures in the rock structure (Fig. 2).

Weathering processes along these weak points, such as root pressure, freeze-thaw effects and chemical weathering, lead to a progressive loss of the previous cohesion within the rock. The trigger for the actual fall process can then be rather insignificant, such as a mild night frost. In addition, other triggers such as earthquakes, lightning strikes or heavy precipitation can trigger the fall process (Ahnert, 2009).

Within the NoeSLIDE project, falling processes along the “Ofenlochstrasse” location and at the “Amtmann” location are being investigated. 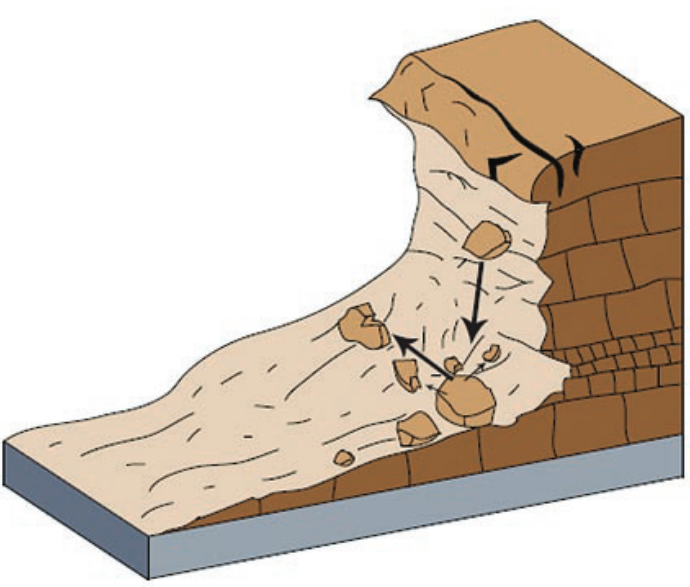