Slides can be definded by a mass displacement of soil or rock, which move more or less continuously downwards from a scarp along a shear zone or plane. In the literature two types of slides are differentiated (after Highland & Bobrowsky, 2008).

Translational slides (Fig. 1, left) move downslope in a planar manner, usually along a structural pre-existing, planar shear zone. In contrast, rotational slides (Fig. 1, right) perform a rotation movement along a concavly shaped sliding surface. In this case the regolith is normally more homogenous. Translational slides are among the most common types of landslides worldwide, including Lower Austria. As a general rule, translational slides are more shallow then rotational slides and range from a small scale (size of a single-family house) to larger landslides with several kilometres in length. The process velocity is highly variable and can range between centimetres (and less) over a month to several meters per day and even faster. With increasing velocity, the landslide can degrade and change into a flow process e. g. debris or earth flows (Highland & Bobrowsky, 2008). 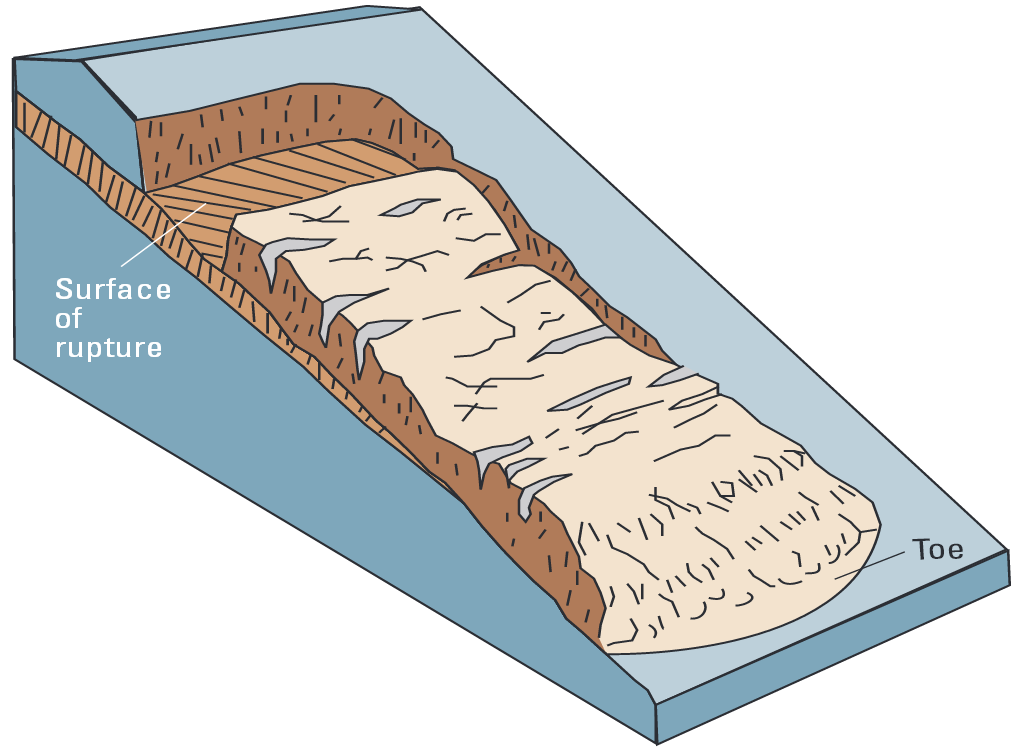