As one of the two main areas of investigation in the NoeSLIDE project, the Salcher landslide in Gresten was equipped with a large number of different installations to investigate the subsurface.

Permanently installed since the start of the field work in 2015 to date:

There are currently 4 cased boreholes on the Salcher landslide, which are used for inclinometer measurements. 3 are measured approximately once a month using manual inclinometer probes, one includes a permanently installed chain inclinometer. The measurements take place here automatically and are read out directly via the internet and sent to the server in Vienna.

In the summer of 2019, 3 new inclinometers and a new piezometer were installed. The old manual inclinometers were sheared off by the movement of the slope. For field work see also Figure 16.

The data on these sensors can be called up here in Monitoring.

A permanent ERT ist installed at the site by the Geological Survey of Austria (GBA). It is buried over the entire length of the landslide at a depth of approx. 30 cm and operates in an automated mode. The GBA's GEOMON system is used here (Supper et al. 2014). The ERT was installed as part of the LAMOND project (Ottowitz et al. 2018) in autumn 2014. Measurements are conducted every three hours, whereby changes in the moisture conditions in the subsurface can be recorded. Figure 17 shows a representative example of an ERT measurement on the Salcher landslide. For more details see Ottowitz et al. 2018.

Figure 17: Representative result of the geoelectric monitoring profile of the GBA at the Salcher landslide - calculated model of the specific electrical resistance. Graphic from Ottowitz et al. 2018.

At the beginning of the NoeSLIDE project in 2014, a large number of core samples down to a depth of 14 meters were obtained using percussion drilling. For field work see also Figure 18.

The corresponding soil samples were then examined in the soil physics laboratory at the University of Vienna with regard to grain size distribution, storage conditions, color, lime- and water content. 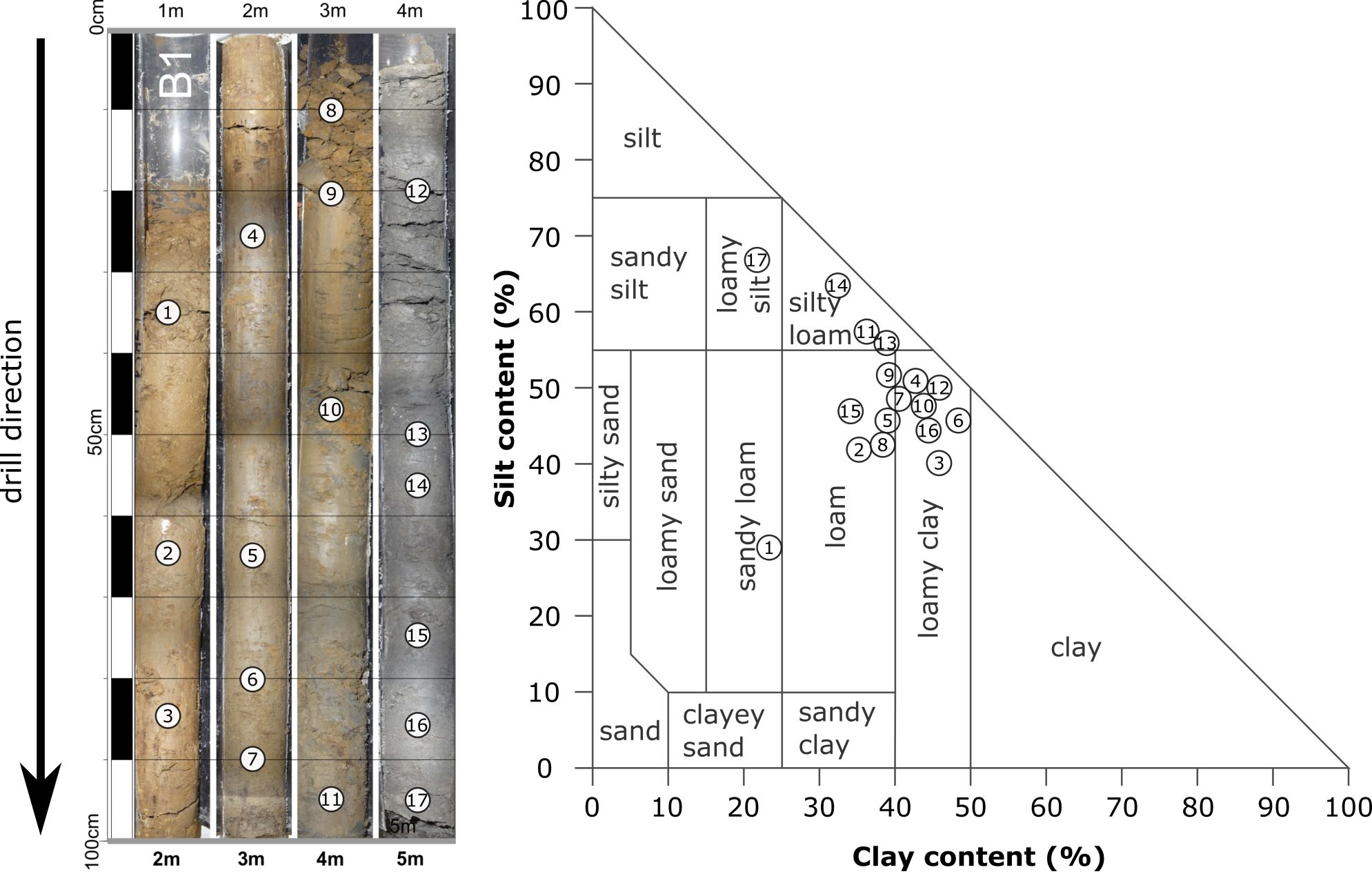 Figure 19: Example for the analysis of a drill core (B1) on the Salcher landslide according to ÖNORM L1050. Graphic from Stumvoll et al. 2019.

Changes in the bulk density in the subsurface were determined by means of dynamic probing. In conjunction with the drill core analyses, these probings can be used to get an impression of the subsurface structure of the slope (see Figure 20). 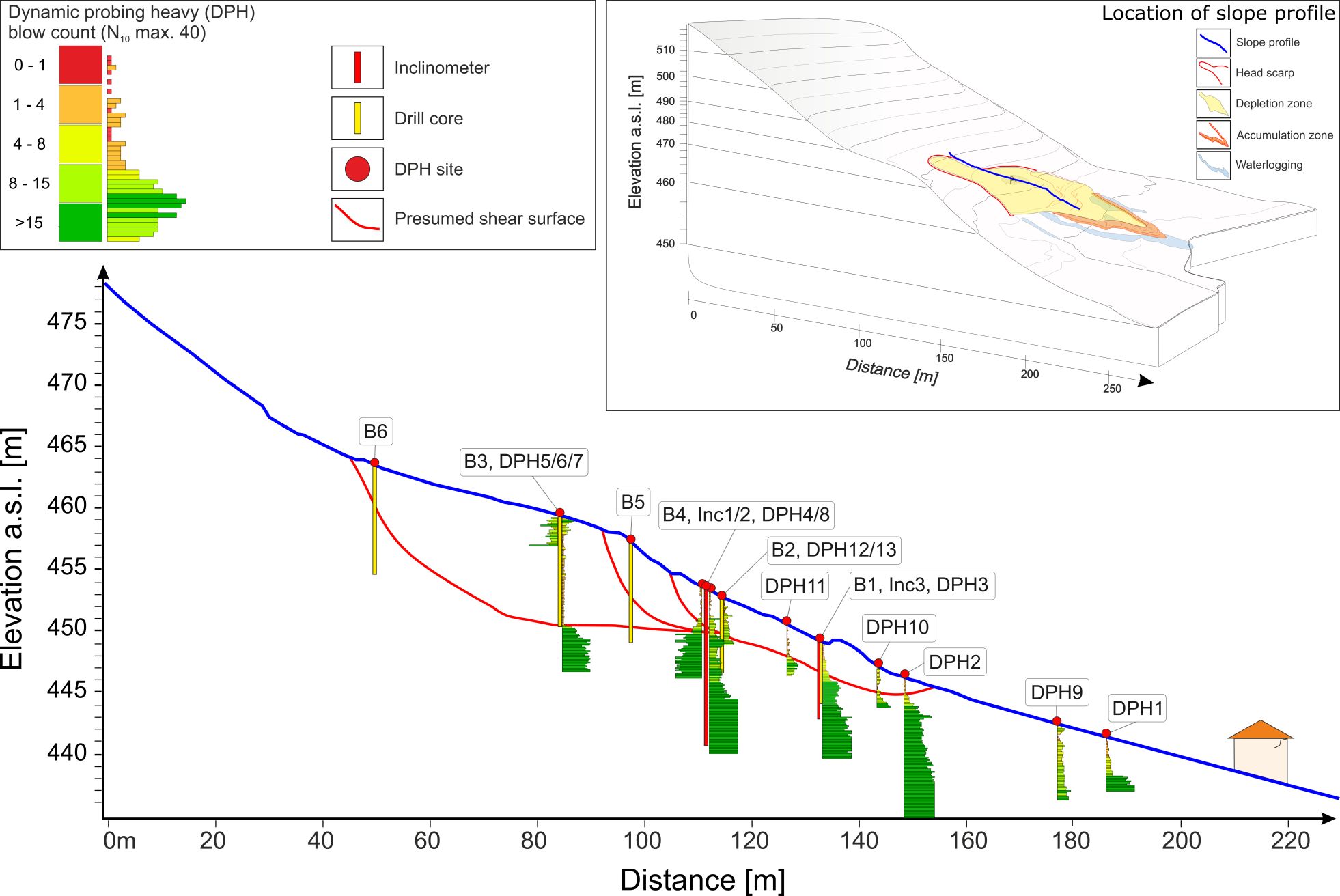